A Family's Journey: The Covington Thompsons 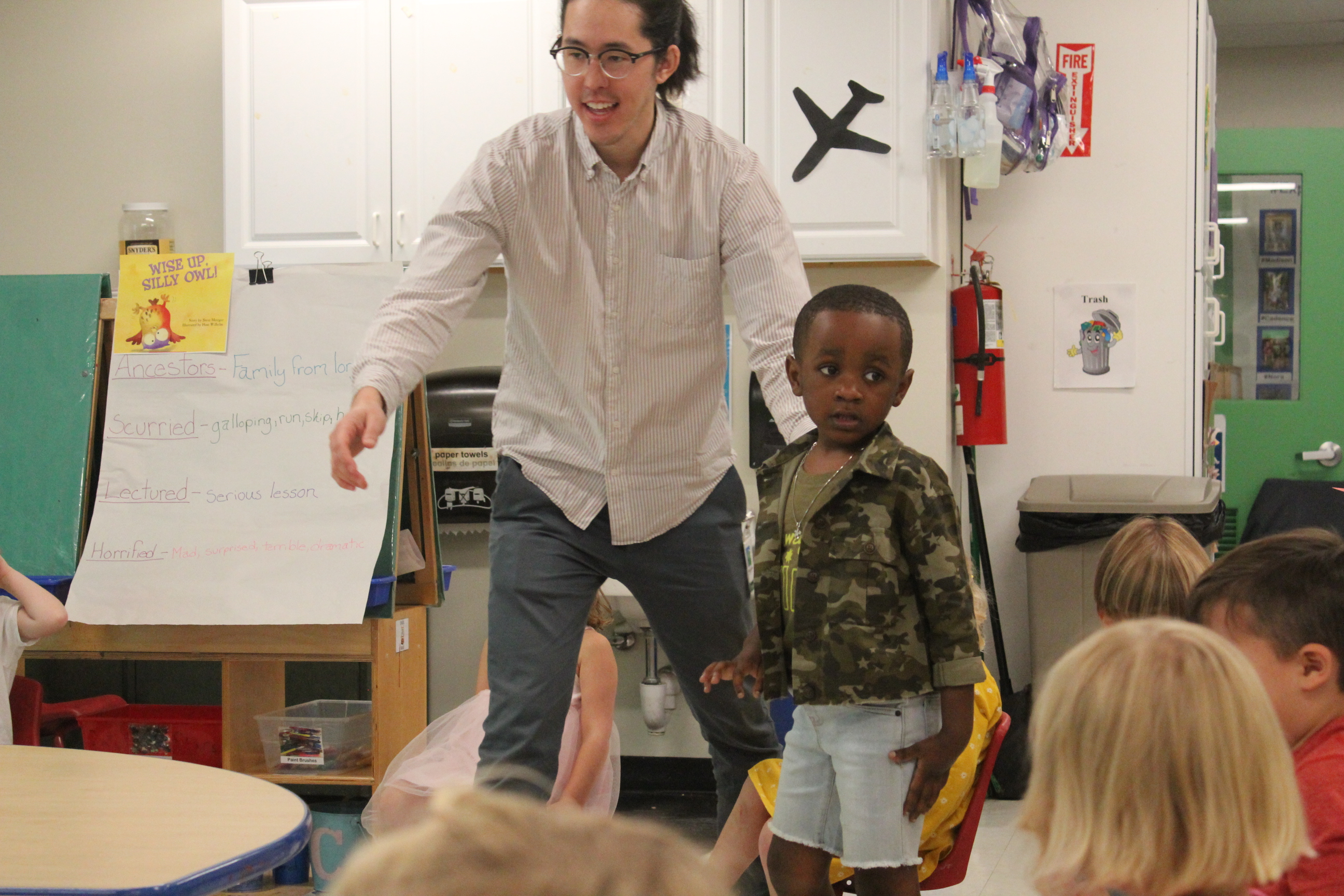 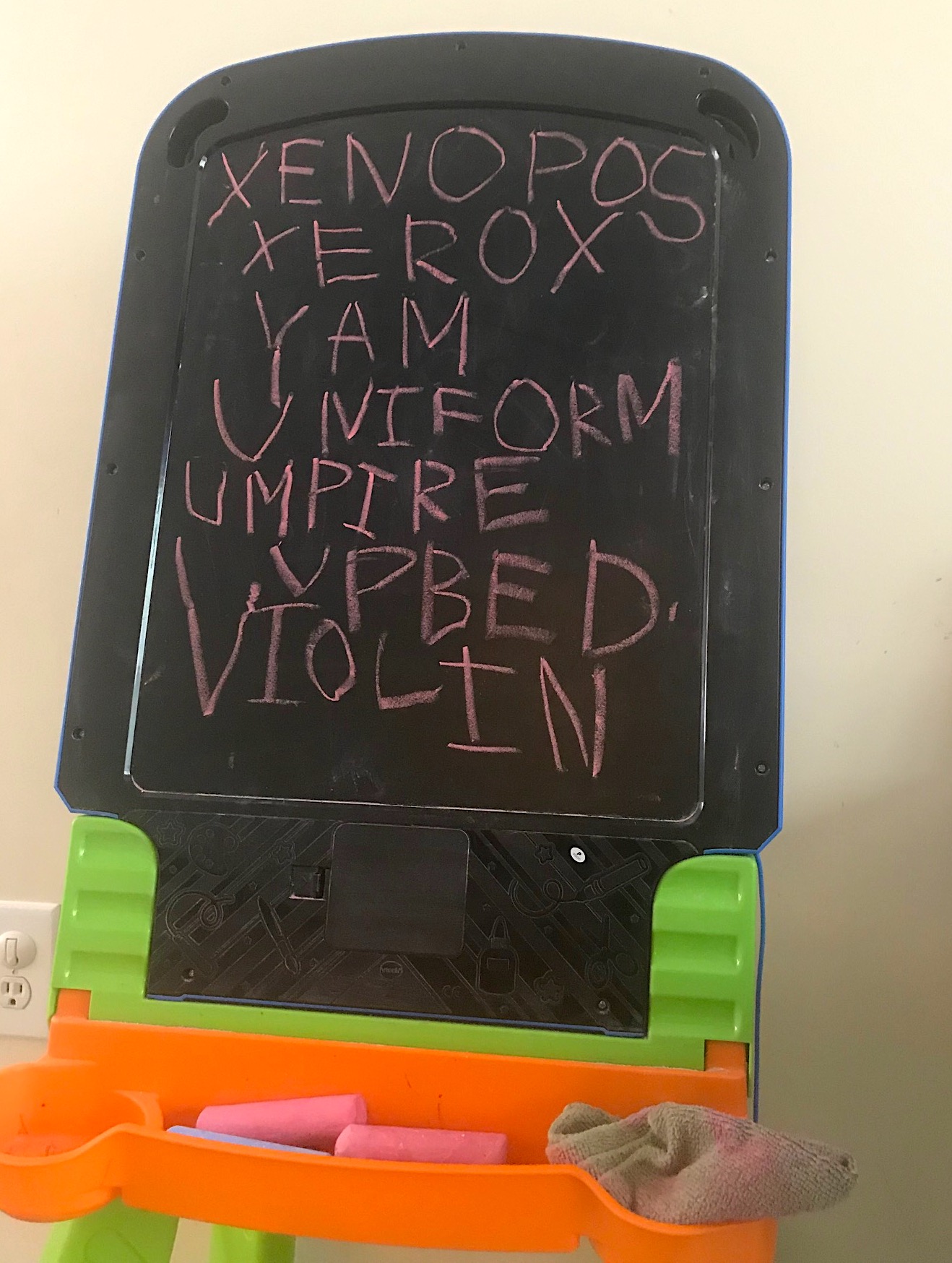 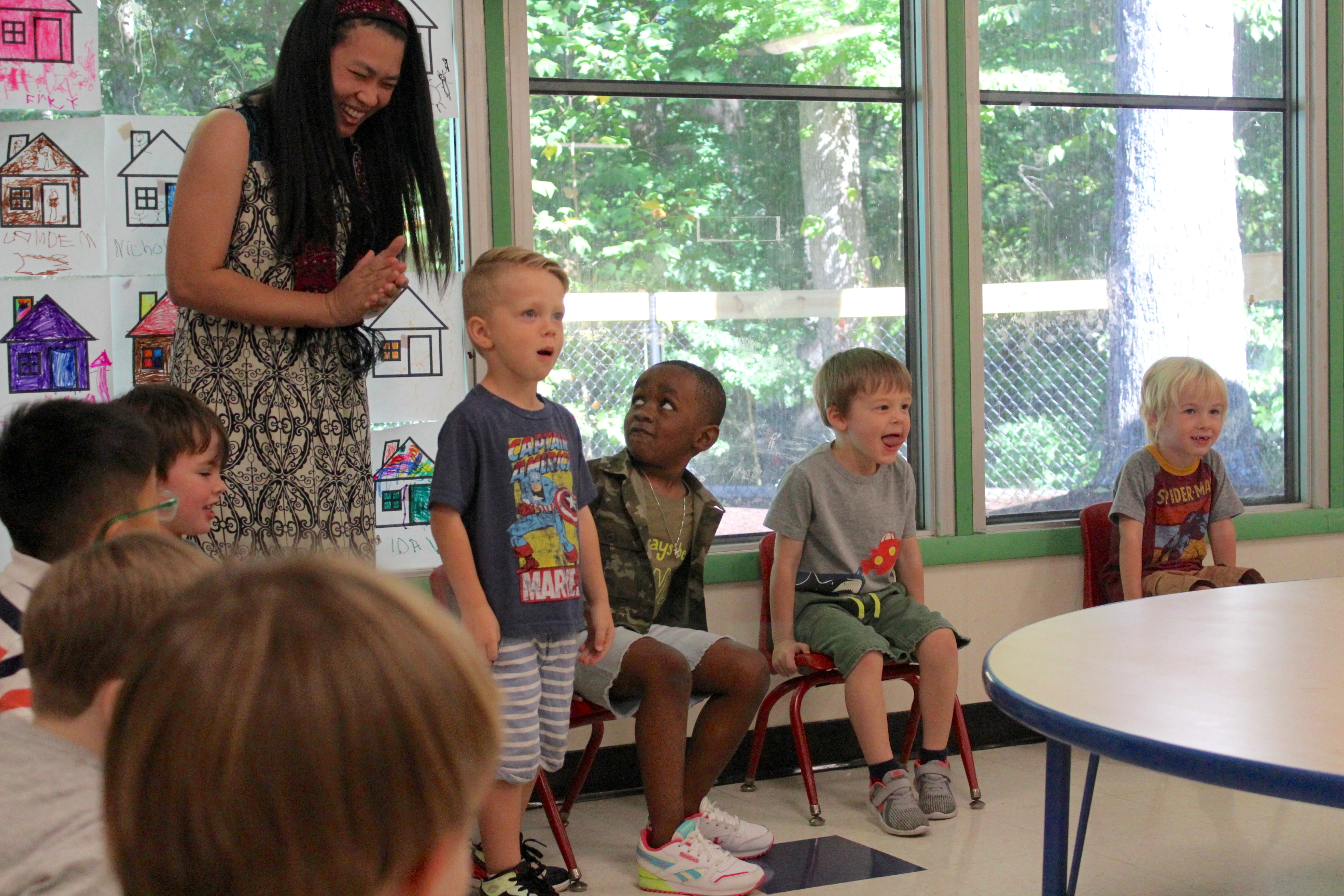 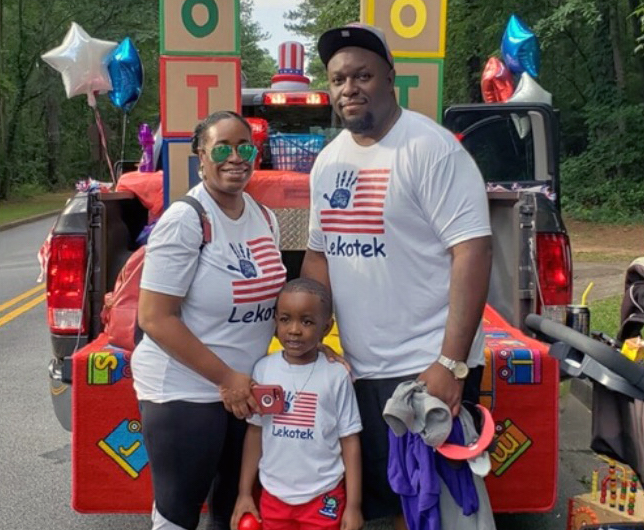 Cadence in the classroom with a therapist
Cadence's recent spelling list
Cadence and his classmates learning to play Musical Chairs
Cadence with his mom, Dana Covington, and dad, Curtis Thompson

Cadence Thompson is in pre-k at Frazer Center. He soaks up everything. If his parents are driving him to school and they suddenly have to reroute due to traffic, Cadence immediately notices the change and reminds them to take him to school. If he sees or hears a word he’s curious about, he learns how to spell it and practices writing it. “Giganotosaurus” is a recent favorite.

But the journey to this point has been a challenging one for Cadence and his parents, Dana and Curtis. In 2011, Curtis returned from a tour in Iraq and began working for an airline. That’s where he met Dana who was a flight attendant. Eventually they got engaged, and then Dana got pregnant. They decided to postpone wedding plans until after the baby was born. But baby Trey lived only one day and never came home from the hospital. Dana and Curtis were still deep in grief when she became pregnant again.

Cadence was a healthy baby, but during his first year, Dana started noticing some sensory issues. He would stare at the light and cry if it was too intense. If she turned the light off, he would calm down. Doctors didn’t think anything of it until his speech suddenly stopped one day. At 16 months he went to a specialist who diagnosed him as being on the autism spectrum.

Within a month he began speech and occupational therapies. While he progressed well with OT, his speech therapist suggested he may never talk. Not willing to settle for that, Dana did her own research and eventually discovered Applied Behavioral Analysis (ABA) which combined occupational, behavioral, and speech therapies. She quit her job so she could be with Cadence and drive him all over Atlanta for his therapy appointments. She and Curtis reinforced those therapies at home, and eventually they started to see some progress.

When it came time to search for a school, they looked into a Montessori program. They decided it wasn’t quite the right fit for Cadence, at least at the time, and an administrator suggested they give the Frazer Center a try. After touring Frazer and seeing other children interacting comfortably with Cadence, they decided to enroll.

They were on the waiting list for almost a year before Cadence had his first day at Frazer. It was near the end of a school term, and Dana says, “It was like going back to square one. He had gotten used to being with me all day, and now he had to adjust to a new environment. But his teachers had such a loving style. He came to trust them.” Since the teachers from his next classroom knew that Cadence would be facing another change in just a couple of months, they started spending time with him and developing a relationship in the hopes of easing his transition.

“One great thing about Frazer,” says Curtis, “is that his therapists can work with him at the school.” Frazer’s Inclusion Specialists work with the entire team of teachers, therapists, and parents to be sure everyone is on the same page with Cadence’s goals and progress. “That extra support is wonderful,”

Ms. Cathy was Lead Teacher for Cadence’s first full year at Frazer. “The whole team fell in love with Cadence right from the start,” she says. “That’s a LOVE story!” Dana and Curtis felt that love. “She’s so comforting to all the kids. She doesn’t treat them differently,” says Curtis. “Cadence’s progress is a testament to her style.” Dana adds, “It’s like night and day from his first day to now.”

During all this time, Dana and Curtis have been coping without any family in the area, although Dana’s parents travel every month from Memphis to spend a week in Atlanta helping out.

The couple remains single-minded, driven to give Cadence every opportunity they possibly can. That has meant night shifts and overtime for Curtis while going back to school; functioning through the loss of his mother and the loss of a job.

But their focus and determination has given Cadence the opportunity to thrive. His transition into pre-k at the beginning of this school year was smooth. He is learning to ask for what he needs and to calm himself down if necessary. He keeps adding words to his spelling list. Sometimes Dana has to look them up to be sure they are actual words. Yes, they are.

Curtis and Dana are just now feeling like they can exhale a bit. Curtis finished school, has settled into a good job at the VA with a recent promotion. Dana is considering going back to work. And that wedding that got put on hold might actually happen after all. Curtis describes their life like a 100-piece puzzle. “It all got dumped out on the table, and it feels like we’ve got about 60 pieces put together.”

At the rate Cadence is developing, he’ll probably be able to finish that puzzle for them in no time flat.