A Family’s Journey: The Santini-Asimakos 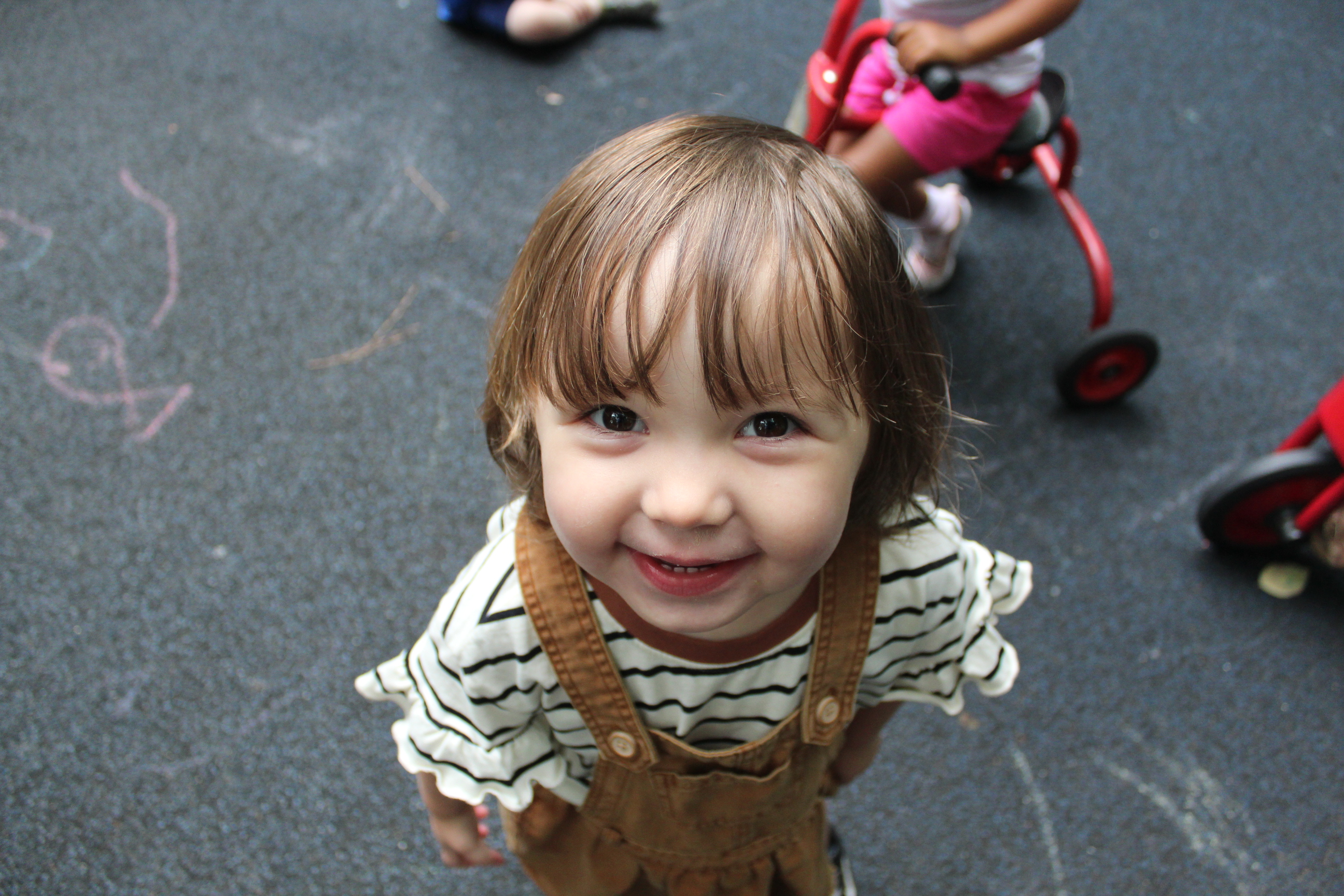 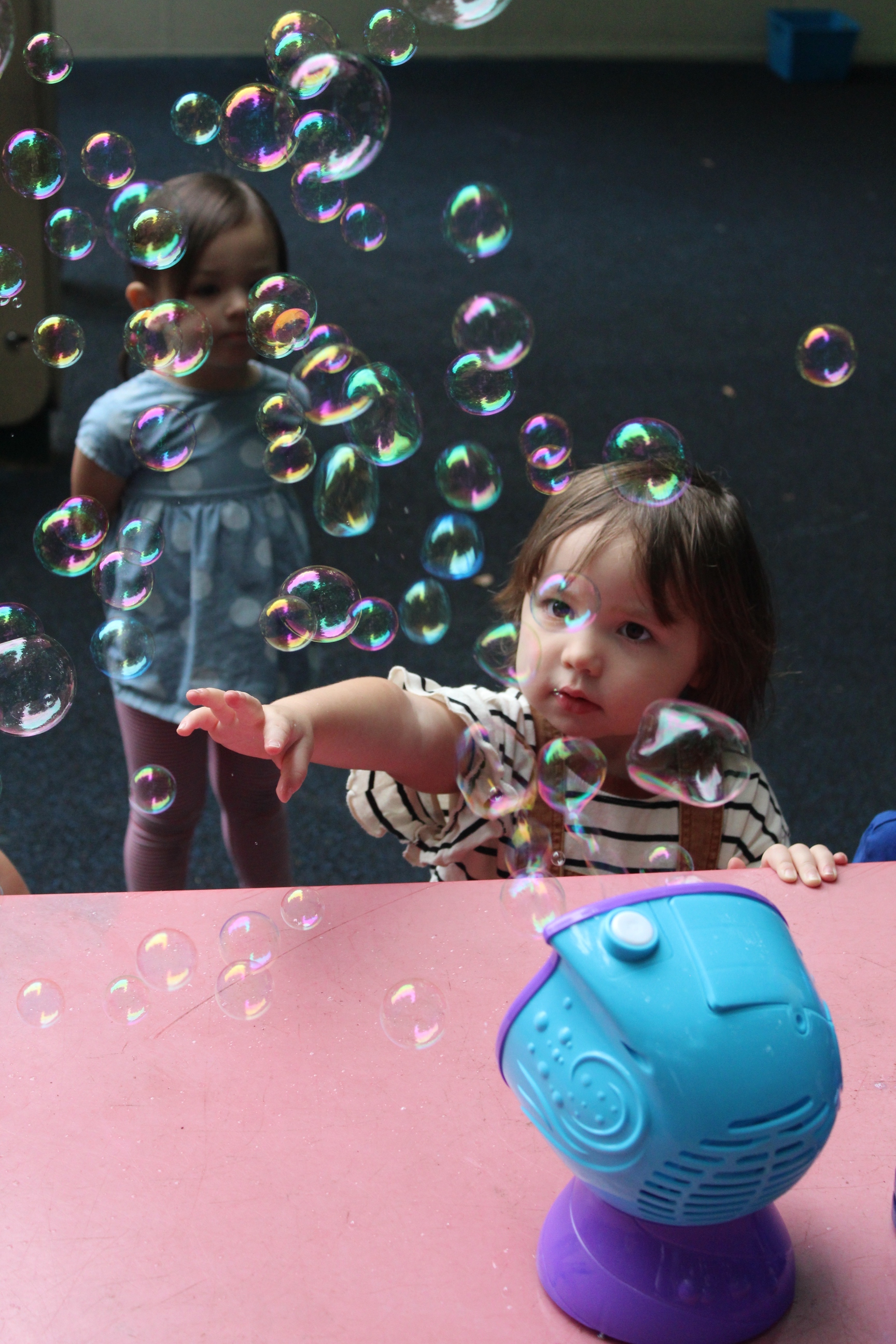 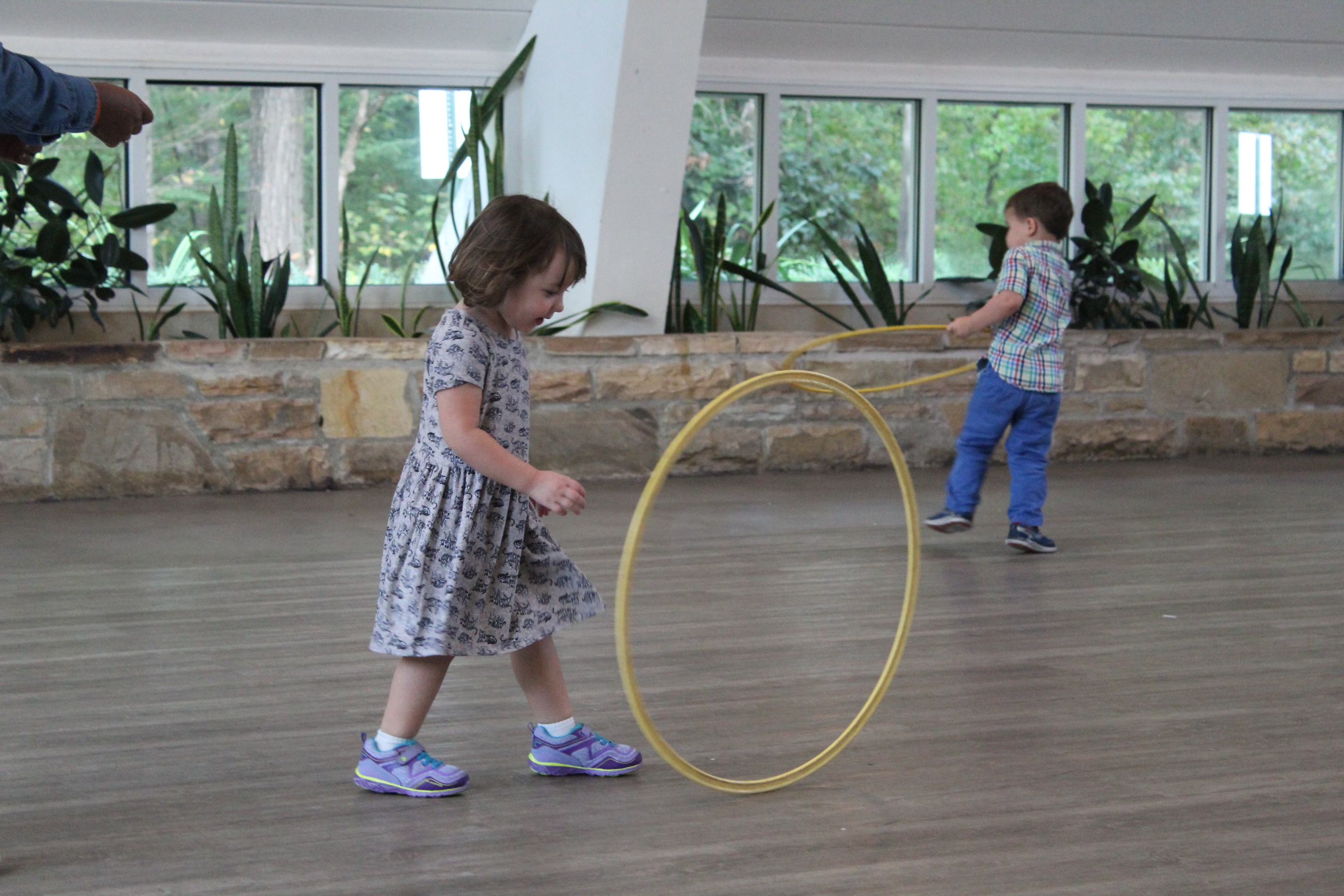 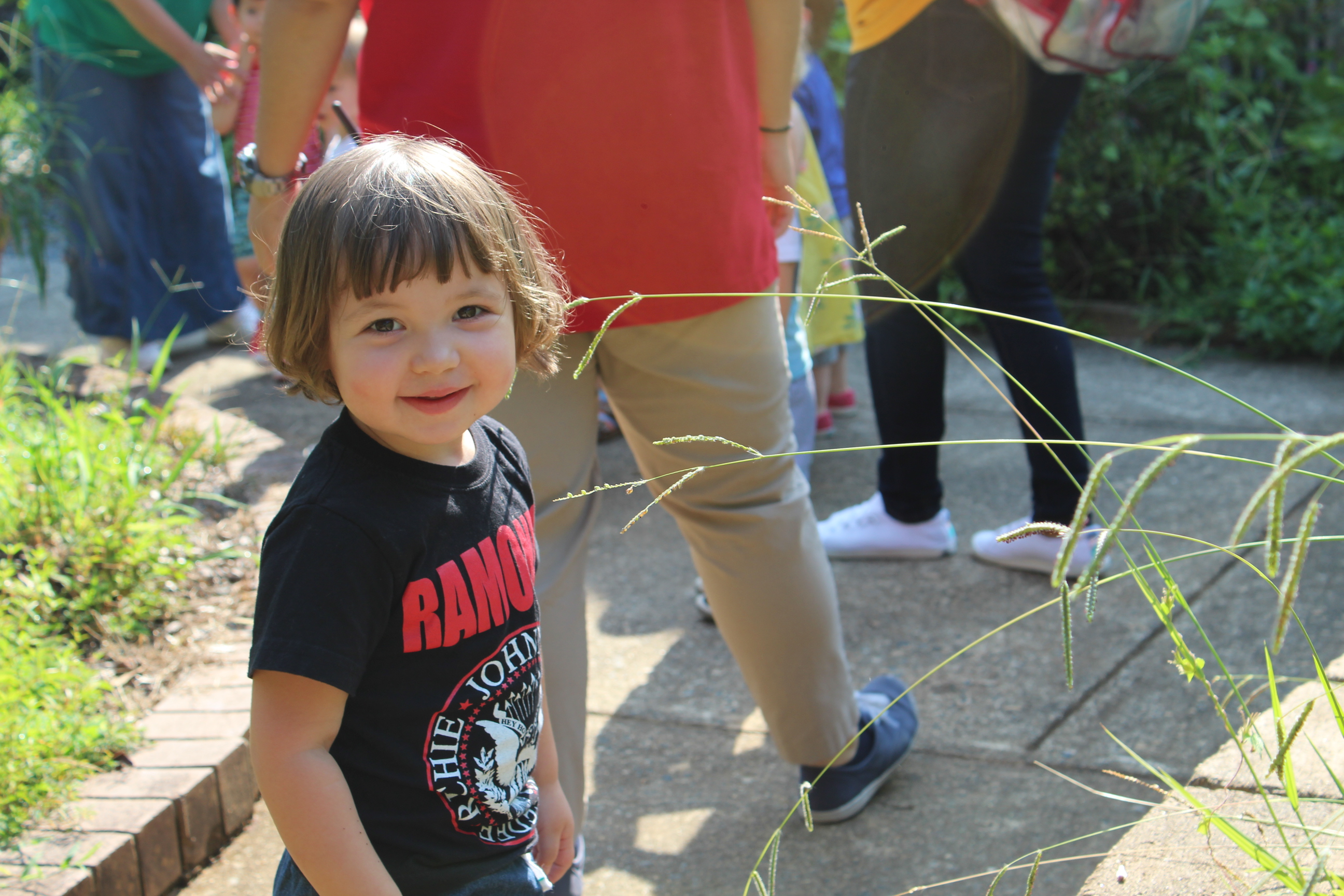 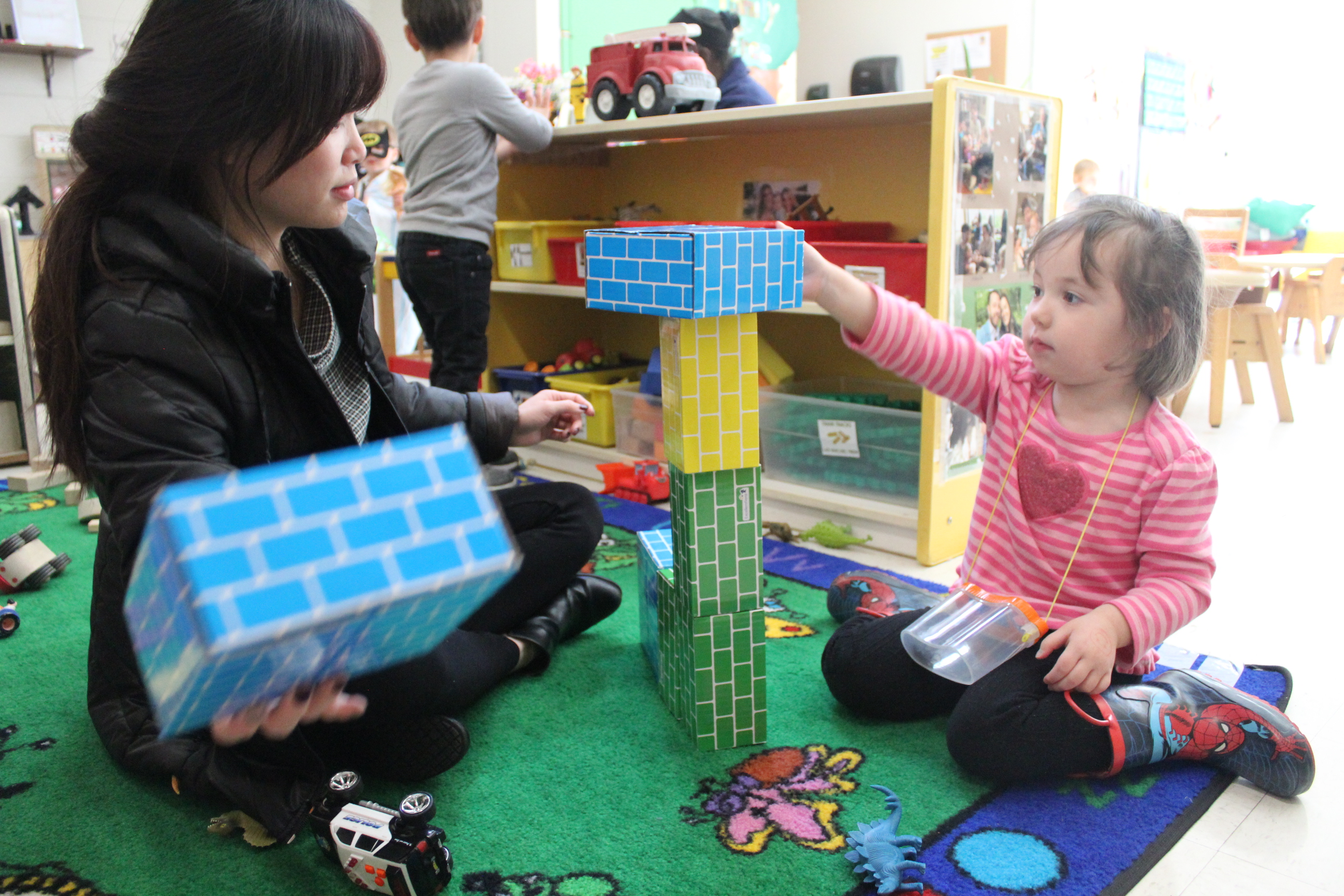 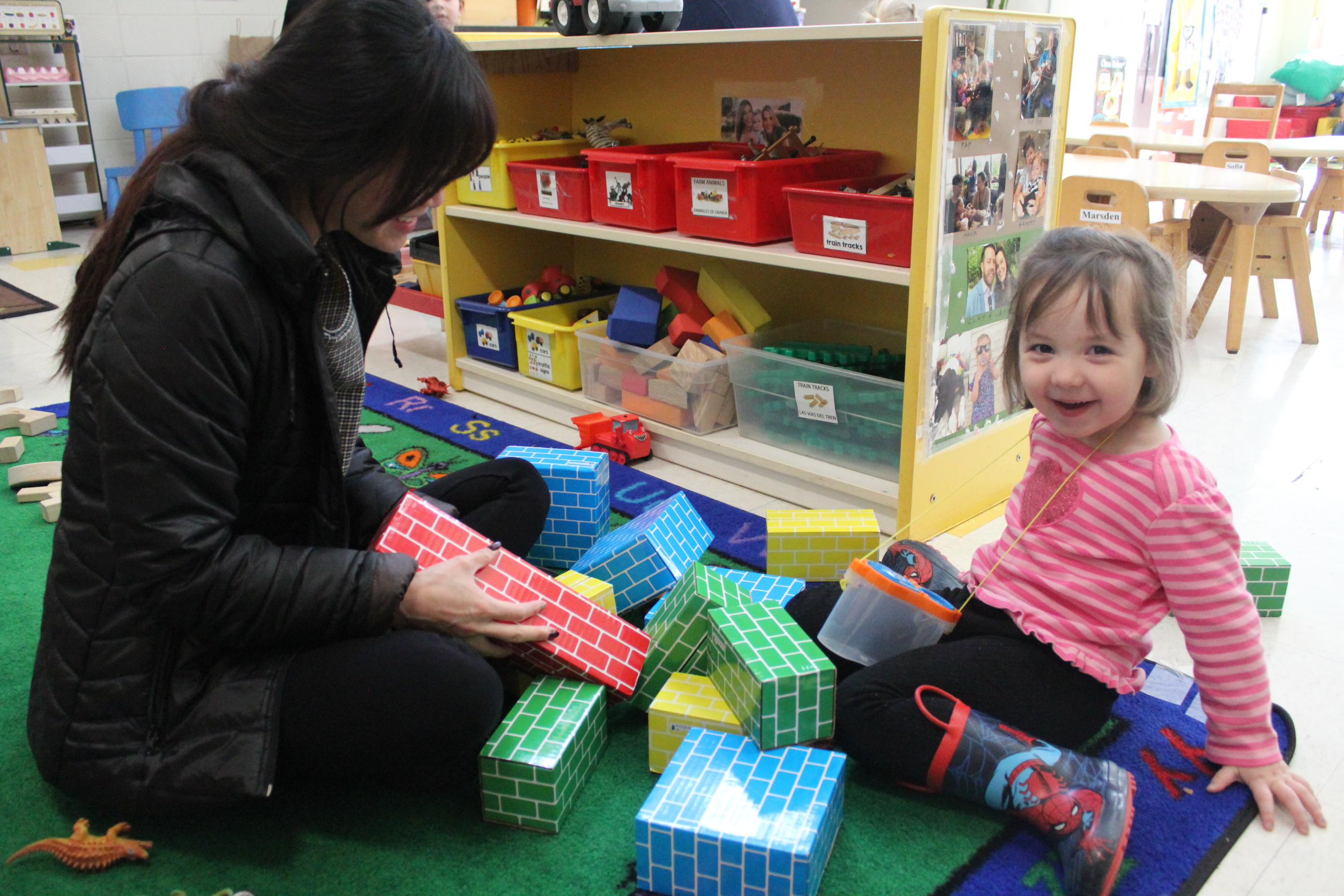 Sofia is thriving at Frazer Center. George is thriving at his workplace, but neither of them even had a diagnosis of autism until last year. Since then Erin has become a staunch advocate for people with disabilities and has come to rely on her “mom intuition.”

That intuition was really sounding the alarm when Sofia was younger. “When is she going to get cuddly or start speaking?” Erin would ask the doctors. “Do you think there’s a bit of a delay?” “No,” they would tell her. “She seems fine.” But that mom intuition urged her to keep digging.

Eventually the family found a new pediatrician who discovered Sofia had a mixed receptive-expressive speech delay—meaning that she was struggling both to process incoming messages from others and to express her own messages. Not everyone with this diagnosis is autistic, but it can be an early sign of it.

At the time, Sofia was attending an early childhood education center that was socially inclusive but not really prepared to support children with special needs. Erin tried homeschooling Sofia for a couple of months, structuring times for language, music, and play. But it quickly became apparent to Erin that “this was not the environment Sofia was thriving in. She did not want to be the only child in a house with her mother teaching her. She wanted to be around other kids.”

Sofia’s outgoing personality was one reason she flew under the radar of some medical professionals. Girls with autism often present differently than boys do. “Sofia is great with eye contact and very social,” says Erin. “Everything in my mom-intuition was telling me that homeschooling was not the best thing for her. I needed to find a place with people who knew how to support children with special needs and who would love Sofia as much as I love her.”

Phone call after phone call eventually led her to a friend who recommended the Frazer Center. Erin visited the website, read about Frazer’s philosophy, and immediately booked a tour. “By the time I got to the front door, I was already crying because I knew that this was the place that Sofia needed to be. Everything felt right. I felt all this care and love and professionalism but also openness, and this really true desire to help and make the best lives for all of the students and people who go here and work here. I felt absolute genuine love radiating off of everybody here.”

Child Development Director Susie Riddick invited Erin to bring Sofia in for an evaluation. From that very first day, Sofia melded right in, immediately holding hands with the girl who has become her best friend, singing along with everyone, playing piano for her classmates.

Team Sofia was forming, including Erin and George, all of Sofia’s teachers, Frazer’s Inclusion Specialist and Inclusion Coordinator, Annie Brown and Courtney Kiser, as well as Sofia’s speech and occupational therapists who come to Frazer to work with her.

Sofia was settling in, and Erin was exhaling. Then last summer the family was in a head-on collision. Thankfully, while George and Erin were dealing with their own brain injuries, their support network was helping to take care of Sofia. “It was Frazer Center that noticed that she had a brain injury too. The people who work here know her so well, and they noticed that she was having speech regression and a behavioral regression.”

It was Inclusion Specialist Annie Brown who recommended that, while Sofia was getting tested for a brain injury, she also get an overall assessment from the neurologist. Sure enough Sofia not only had a concussion, but she had autism. “The first thing the doctor said was, ‘The good news is that you’re already at the best possible school that you could have your daughter at.’ I already knew that,” says Erin. “The diagnosis has not been a source of fear in my life. And I know it’s not like that for most people. That’s something I don’t take for granted any second of the day.”

Sofia has no fear either, according to Annie. “She’s very, very smart and picks up on things quickly. She’s made a LOT of progress since she’s been at Frazer.”

Annie communicates regularly with Team Sofia so that everyone is on the same page, allowing for consistency and reinforcement both in the classroom and at home. “We’re all implementing the same strategies with Sofia,” says Annie. “It’s successful because we are so collaborative”

Erin agrees. “All of these people have taken my kid in like she was their own. All of them. Annie, Courtney, her teachers—Ms. Ari, Sabia, My, Toya, Sheka, Kewantae, Ida. All of her therapists. Ms. Lillian at the front desk, the administration, Paige. So many people have been instrumental to Sofia’s success and happiness.”

Over the course of six months, Sofia’s language skills developed from fewer than ten words to complex sentences. “That’s huge,” says Erin. “She can tell me how she feels, what she wants, what she thinks. She asks questions about everything around her in the world. She has such a thirst for knowledge. And she understands. She’s empathetic. She is excited about life and people and the world around her and learning. She talks about school when she gets home.”

In fact, Sofia is doing so well that “many people can’t tell she has a speech delay let alone autism,” says Erin. “I tell them, what you’re seeing is a child thriving in an environment where they belong.”

Often the behavioral issues that are associated with autism stem from anxiety which is not actually a core symptom of autism. Erin has seen first-hand that “when you’re in a truly inclusive place with people who care and who are allowing you to thrive in the way that you need to thrive, anxiety goes way down, trauma goes way down. Self-confidence and happiness, feelings of safety, learning, go way up. That’s what has happened for Sofia at Frazer Center.”

It’s happened for Sofia’s dad George too, at his place of employment. He is valued for the way his brain functions, and he is happy and thriving. George and Sofia have a special bond, and that makes Erin very happy. “They both have a way of really thinking about what they're doing and analyzing the technical aspects of it. It’s really cool. It feels like, no matter what, they’re going to be okay because they have each other, and they understand each other, and I’m so glad!”