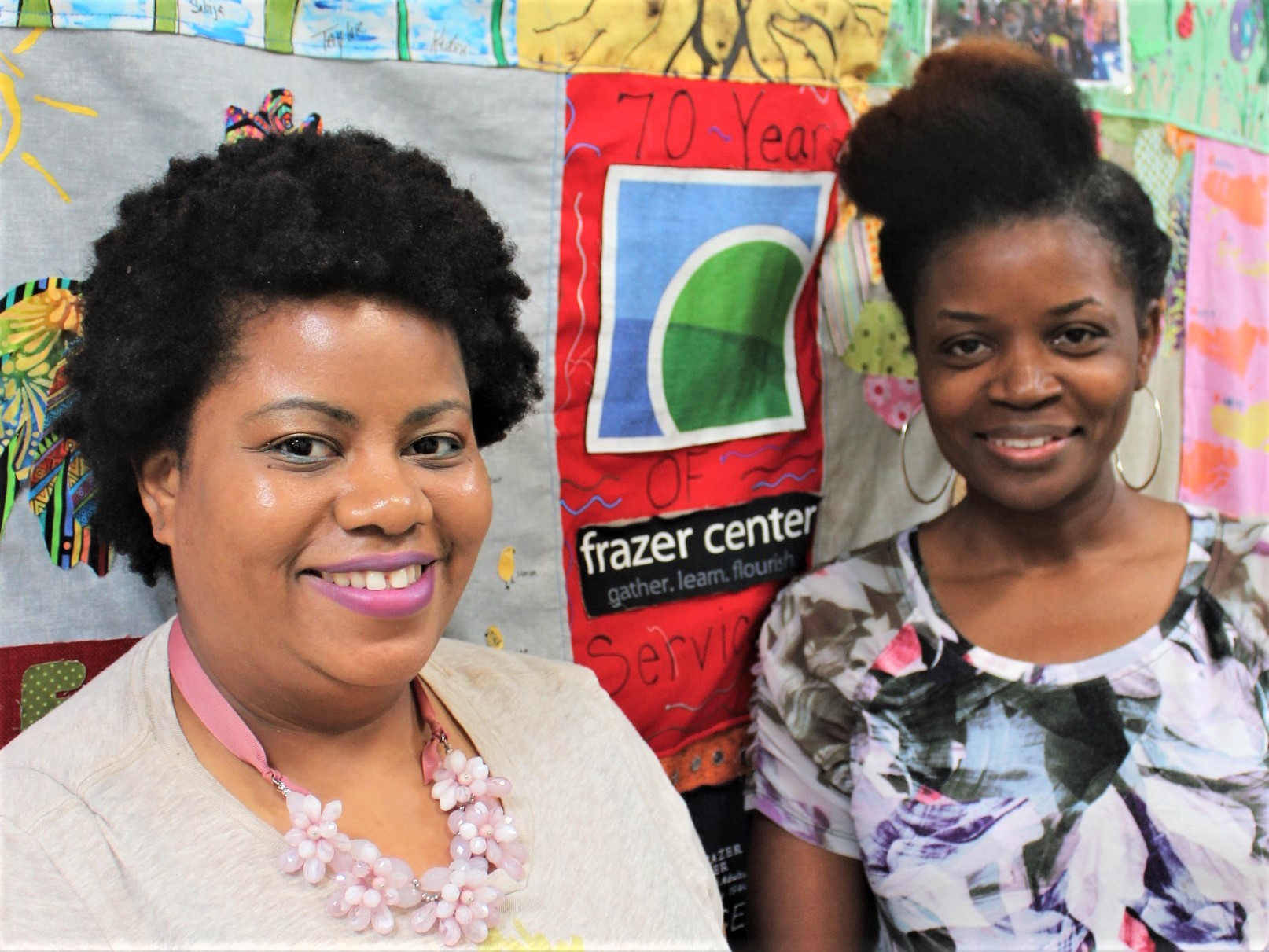 “Frazer Center's greatest strength is our exceptionally talented and committed staff,” says CEO Paige McKay Kubik. “Both April and Susie demonstrated such grace, heart, and intelligence in their previous roles with Frazer. The new opportunities they've accepted this year recognize their hard work, and make Frazer Center stronger as we benefit from their perspective and experience.”

For Susie that experience includes 20 years in early childhood education. She owned and operated her own facility in both Virginia and Georgia. Eventually she decided to close her business and soon discovered that Frazer was looking for an assistant director. Although she did not have a lot of experience working with children with developmental disabilities, she was drawn to Frazer’s mission of inclusion.

So was April who had been working in early childhood education for 13 years before becoming an assistant teacher for Frazer. It was only a matter of months before she was promoted to lead teacher. When Frazer Center and the Adaptive Learning Center formed a partnership, April’s classroom was selected to pilot the new inclusion program. She fully embraced the opportunity, learning as much as she could from the inclusion specialists in the classroom as well as through her own continued studies.

Last fall, when Pam McClure transitioned from Child Development Program Director to Director of Operations, it was an easy decision to have Susie pick up the mantle. After a few months, when the Assistant Director position opened up again, April decided she was ready to step into a leadership role, and Susie agreed. “April knows our staff, how Frazer operates. She already knows what we’re about, our culture of inclusion. That’s big.”

Pam says, “I am very excited to be able to continue working with Susie and April in their new roles. The ability to retain such smart, talented, and passionate ECE professionals is vital to our ability to remain in the top tier of programs in our area.”

Both Susie and April are passionate about inclusion and early education. During their time here they’ve had many conversations about the program, sharing ideas about future possibilities, and they’ve nurtured a wonderful working relationship. Each admires the other’s professionalism. “We like to enjoy our time at work,” says Susie, “but we’re about business.”

Both Susie and April are committed to seeing Frazer become a model of inclusion for other schools. “Susie is a visionary,” says April. “Our vision and passion are aligned.”

One concern April did have was how the other teachers would take to her transitioning into this new leadership role. But it’s clear that she already had the respect of her peers, and they have encouraged her and welcomed this change. “I think she was made for this position,” says Lead Teacher Cathy Morgan-Davenport. “The transition has been easy. She’s doing a great job.”

“I’ve always thought of April as a leader,” says Lead Teacher Shirley Drew. Her approach is very professional. She’s very calm and always has a solution for whatever the problem. Susie and April make a great team. I couldn’t ask for anything better.”

It’s safe to say that Frazer’s Child Development Program is in excellent care.